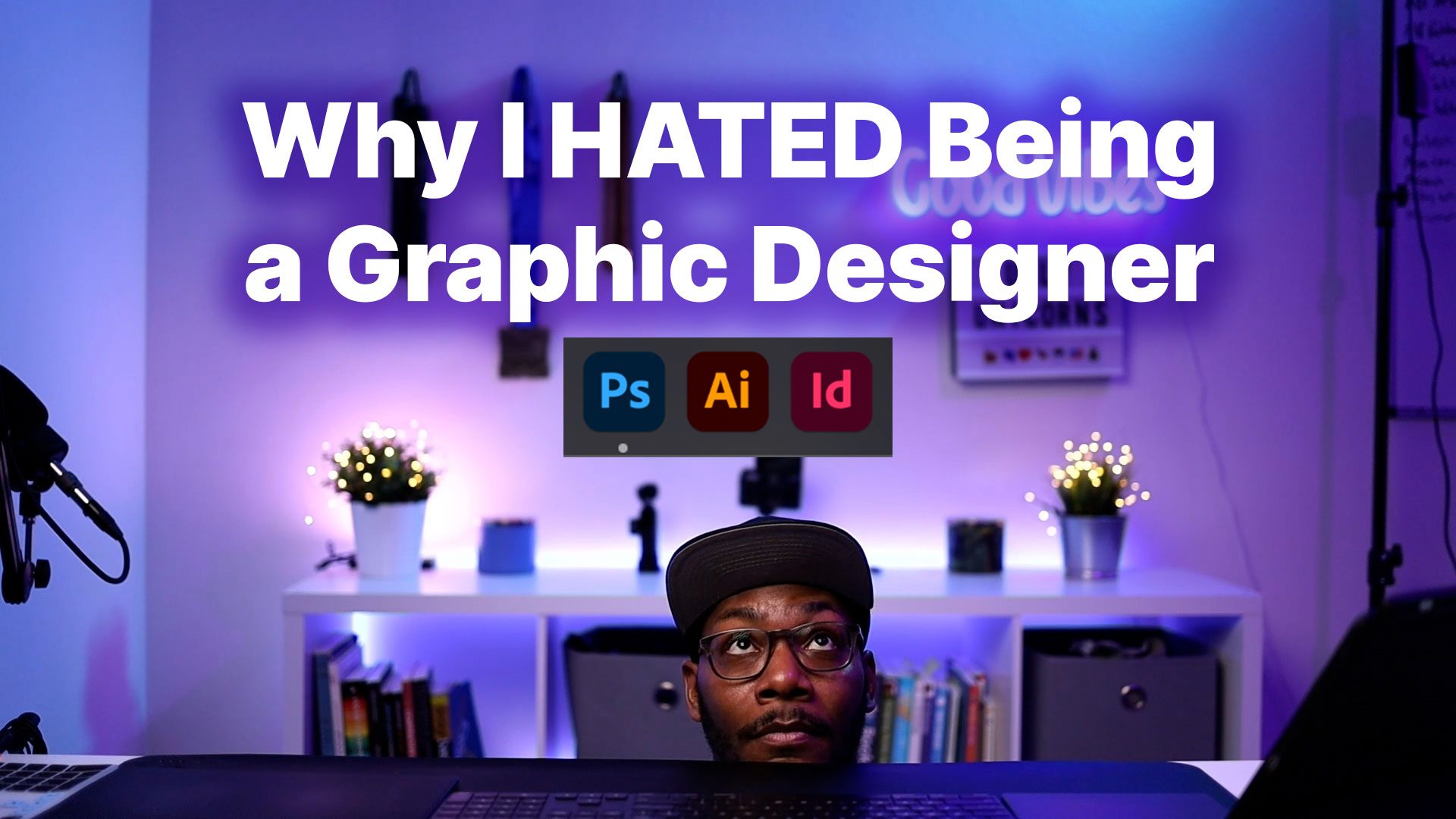 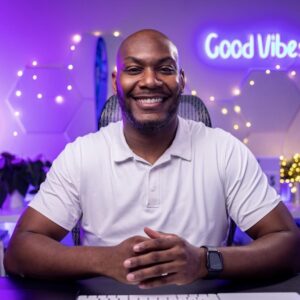 Let's do a bit of time travel today, okay guys? I want to take you back to when I used to design… (drumroll please)... logos. And signs. "But Eric, I thought you were a UX designer!" (Mandalorian voice) Every hero has to have an origin story, and every UX designer has to start somewhere. Me? I started in graphic design.

Fresh Out of the Gate

Like so many college kids, I didn’t know what the hell I wanted to do. So what do they tell you? Think about things you’re passionate about.

I knew I liked drawing, mainly when I lived in Germany as a kid. I used to watch many Disney cartoons because I’m a big fan (and former employee – more on that in a minute.) So maybe I should be an animator? Nah, I quickly ditched that idea when I realized how much repetition animation required. That would drive me nuts, drawing the same thing over and over.

But I couldn’t deny I loved art. Actually, my friends and I used to see who could draw the best Dragonball Z characters, and we had compiled some fire-ass drawings, my best work for sure. The book my drawings were in was stolen. I left them in my desk in Algebra 2. It was frustrating, and I knew I could never redraw everything in there.

I gave up drawing for a time because it felt like my motivation had been stolen along with that book. But as I was thinking about what I wanted to do with my life and realizing it wasn’t animation, I switched to a very different topic: architecture.

But it turns out I didn’t enjoy the math part of architecture, so that was quickly the end of that.

What next? I took a class called visual communication, and finally, this was something I could do, something I didn’t find boring. Something pretty similar to graphic design! So I started learning old, clunky Photoshop (think CS or CS2), and I was having a blast.

In college, I started learning Adobe Illustrator, Dreamweaver, and InDesign. I would stay up late at night, sometimes to 3am, designing banners, flyers, logos, all things connected to graphic design. So it all started to point that way, and I ended up following my girlfriend at the time over to Jacksonville State University to finish my degree there. Degree in what? Graphic design.

Making the Grade vs. Being Creative

I had a slight problem right from the start, though. I just didn’t care if my projects looked the way they were “supposed” to look. I couldn’t relate to doing the assignments precisely like the teacher said or trying to match the original for a good grade. I wasn’t there just for grades; I was there to create!

I did win a few awards at local art shows, though, which felt very validating. It made me remember that I wasn’t just imagining things: I was actually pretty good at this. Confidence can be hard to come by as a creative, so those little validations were a huge help.

In our junior or senior year, we were told that having an internship or two on our resumes was nice.

On a whim, I did a Google search for “graphic design internship Disney,” and, bam! There was a post about an internship. I was scared to even apply. Did I really think a kid from Jasper, Alabama, would get picked by Disney as an intern?

When I did apply, I didn’t tell anyone in case I didn’t get in (and because I didn’t want other students to apply and get in instead of me, to be honest). But I got a call to interview. I think I did one panel interview and a portfolio review. After a few weeks of waiting, I got an email saying I was accepted into the Disney Professional Internship Program!

I packed my burgundy Oldsmobile Alero with just about everything I owned except my TV and microwave. I gave all that to my sister. Then it was a ten-hour drive to Orlando and my first time experiencing Disney. I left my college apartment at 10pm on a Sunday, drove through the night, and arrived around 8am on Monday. Just in time to check in into my Disney-sponsored housing. On the real, I stayed up 24 hours because I was so excited!

Even though I was there as an employee, that Disney spark was definitely there. You could feel the magic, even just as a graphic design intern. Maybe that’s because, on your first day, they have all these presentations meant to brainwash you into being a super, uber Disney fan. So much Disney kool-aid was being passed around, and I was ready. I took an extra cupful, by choice. (I’m kidding… or am I?)

Anyway, I had some great roommates in Disney housing. I was making friends with other interns. And they explained all the benefits of working there, including free passes to get into the parks. It was so much fun (aside from the part when they took out your housing expenses directly from your check, right at the start – not so fun). My first check at Disney was zero dollars. I wish I had saved that pay stub!

The first project Disney had me work on was designing flyers for the costuming department. Later, I got to do signage for certain staff areas, which was cool.

The biggest opportunity I got while at Disney? My manager picked me as the lead on a project, on a very important project for custom signage that they used in the corporate conference rooms. It was such an incredible feeling to see my work shipped off to those offices from Florida to California. To know that my designs are still in use today is dope.

The same thing goes for work I did for Disney Vault. Being an intern at Disney meant working on real projects, authentic experiences that could go in my portfolio, which was great. And that’s where I cut my teeth on graphic design, three internships in a row (more on my experiences at Disney here).

Then life kind of slapped me in the face.

After my internship, I thought it would be easy to find work as a graphic designer; I mean, I did work at Disney. I thought everything would work out quickly. I’m still a fortunate guy, but that time after my internship was an excellent chance to learn some humility.

After being unable to find a graphic design job, I took a job at Enterprise Rent-A-Car. My homeboy put me on because he worked there right after college. I worked there for 8 months before landing a real graphic design job. It paid $32,000 a year, which isn’t much now. But I was just super excited to have a real job!

At first, I got to create cool things and I help this company improve its approvals process. Then I started realizing just how undervalued my role was at this company; later, I discovered that my services were being thrown in for free, sort of package deals for our clients. Not a good sign, right?

Worse, this company couldn’t even give me a reasonable cost-of-living increase in my salary. It was like pulling teeth every single time a review came up. There was no room to grow.

Do You Want Cheese With That?

My love of graphic design began fading away. It was like being a McDonald’s employee forced to fill impossible orders. Imagine if someone ordered fries with extra sauce and extra cheese. You’re the bad guy if you tell them that fries can’t have sauce and cheese because McDonald’s doesn’t sell that. So you have to go along with these strange requests, even if the outcome is terrible.

If you’re a plumber, there really aren’t many people telling you to completely throw out all your knowledge of plumbing and make up a new plumbing technique to fit their mood. Right?

Most people don’t think they can do the plumbing, but for some reason, many people with no design experience seem to think they can easily do the work of a graphic designer.

The only thing worse? The people who say “I don’t like that” but can’t give a single reason why. I have never met a graphic designer who’s a mind reader, and I’m not one!

People who don’t know what they dislike or why usually turn out to be people who just aren’t ready to work with a designer. Unfortunately, in a lot of these situations, it’s the graphic designer who bears the blame. If your client is unhappy, even if they can’t tell you why too bad. You’re the one whose name is associated with that product they’re unhappy with.

Something which I didn’t realize until I had real-life experience? The value of your work just isn’t always apparent. For example, if you design a sign for a business, you can’t easily put a numeric value on what that sign will do for their bottom line. Can they measure whether profit increases by a certain percentage after using your sign? Will they realize that’s the reason for the increase?

How about logo design? Everyone seems to know that it’s important to have a good logo, but the hard part is getting them to see the actual value and why it’s worth paying a designer for a great one.

These conversations are pretty tough to have as a graphic designer because you’re not dealing with obvious metrics and because many of the design elements are subjective.

All this is why I am so glad I left graphic design. It’s much easier for me to present the value of UX design, and asking questions is part of the job! There’s a much better balance between the creative and measurable, data-driven sides.

As a UX designer, I don’t just have to make things look pretty; I have to make things work for the business and the user. It doesn’t matter how good it looks if it doesn’t work! That means you have to sit at the decision-making table, not just follow orders blindly after the important decisions have already been made.

Simply put: I love what I do. How about you?

Wrapping Up With Some Do’s and Don’ts

PS. Oh hey, one more DO… hit me up here to learn more about how you can become an Ugly Unicorn. You know you want to.

PSS. Get $1000 off your UX Design course at Springboard with code: UglyUnicornsSB1000 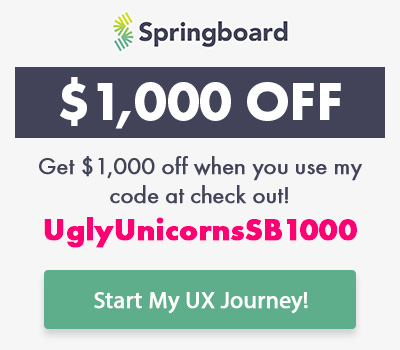 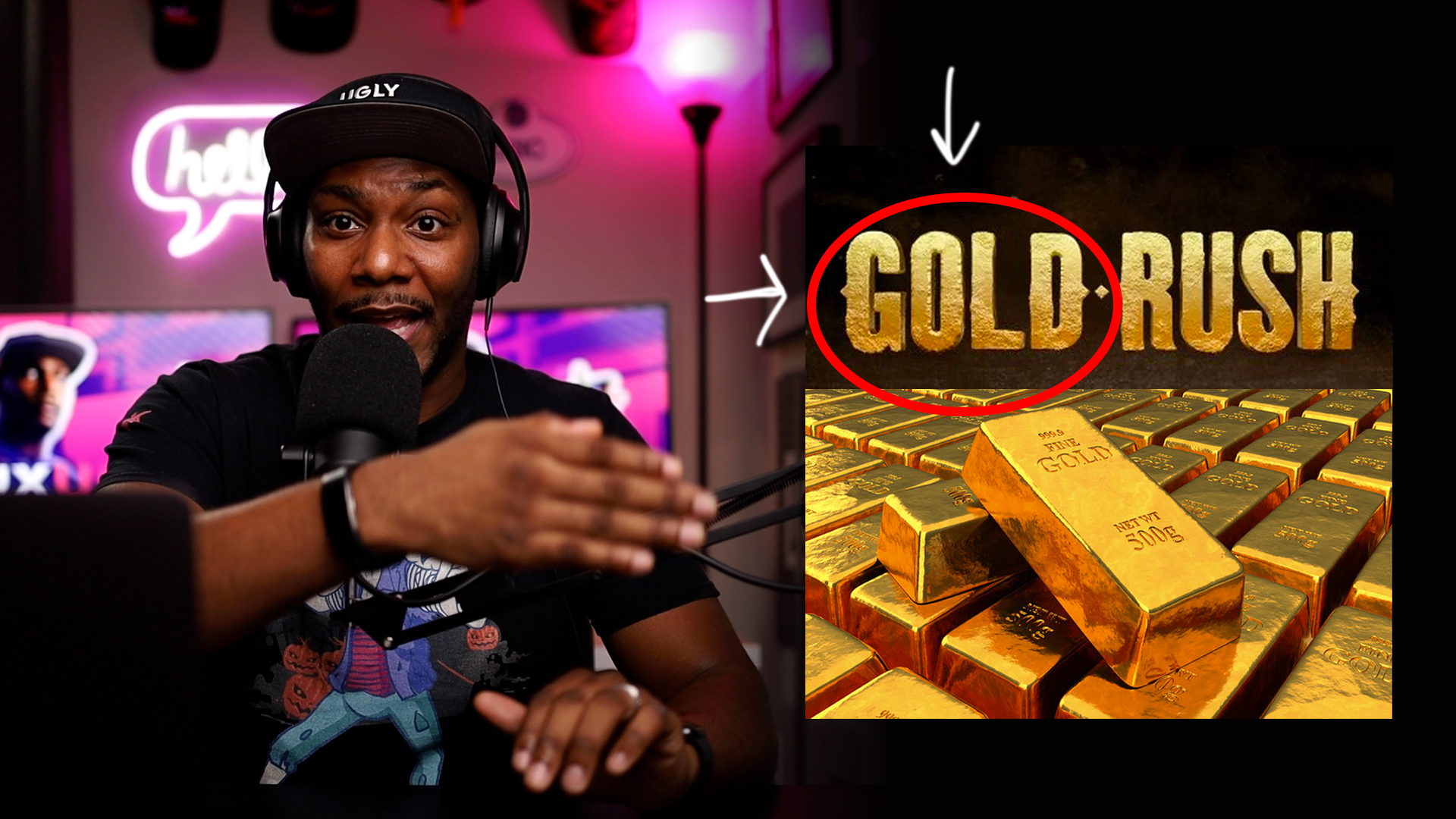 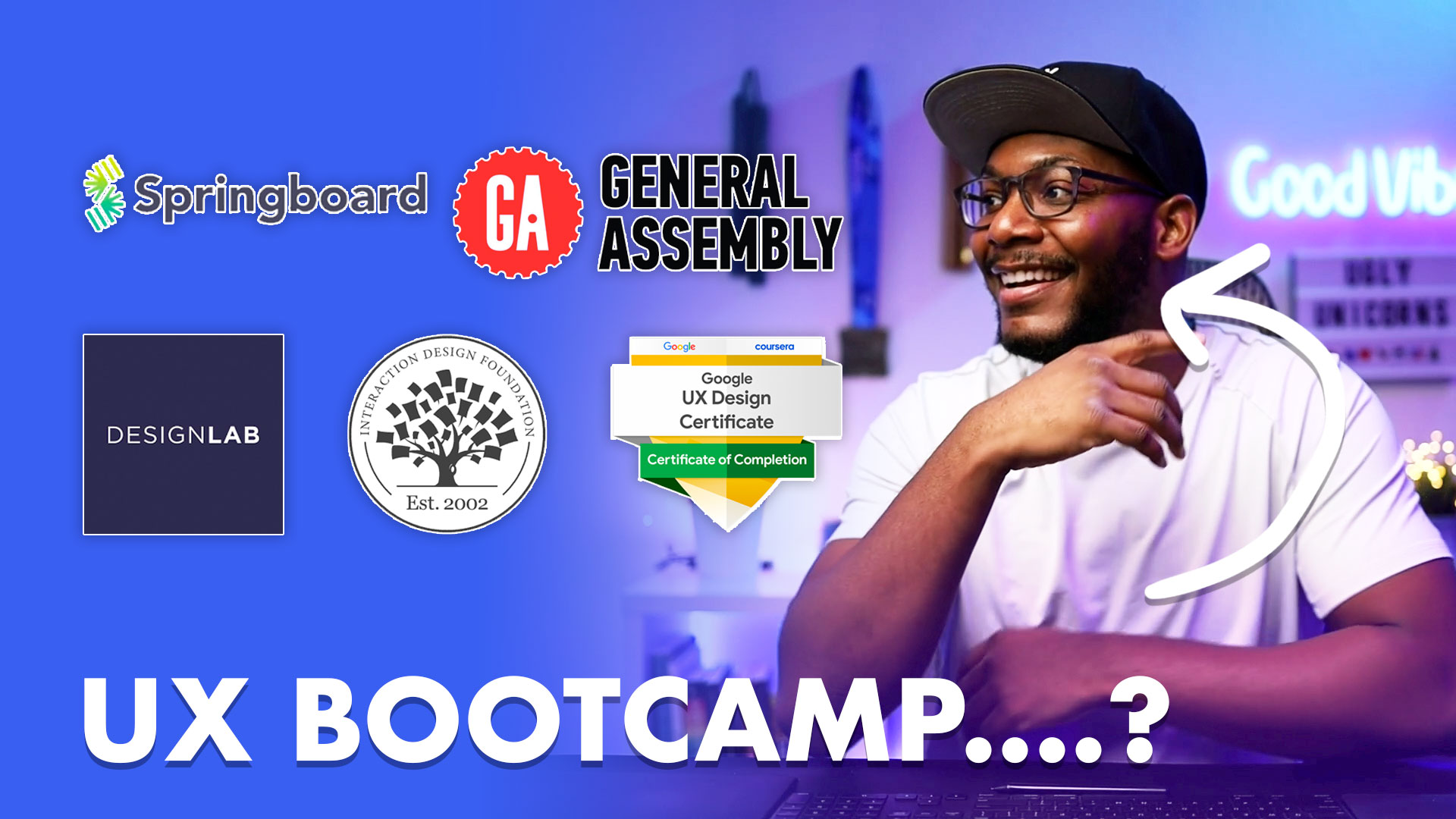 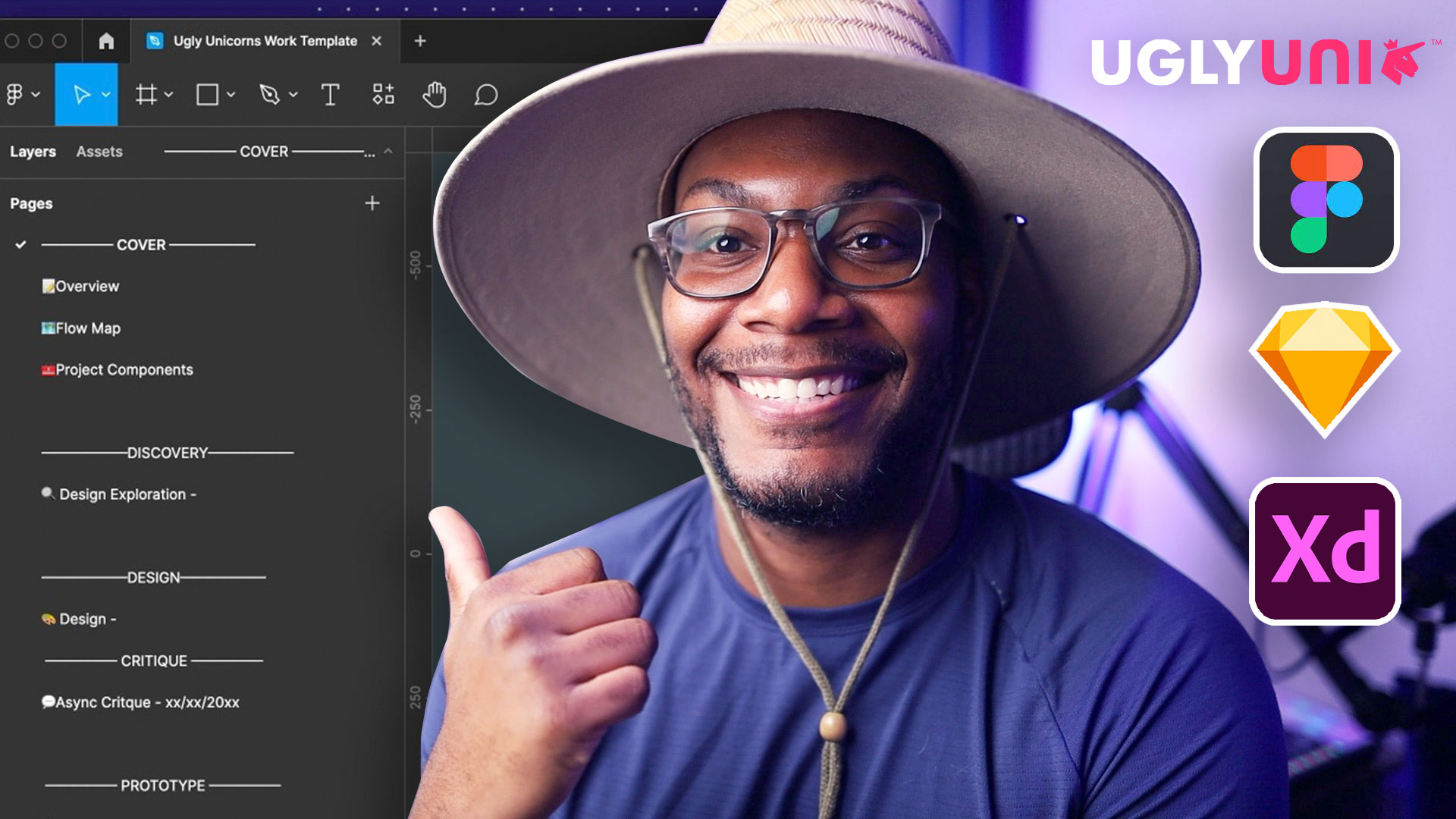 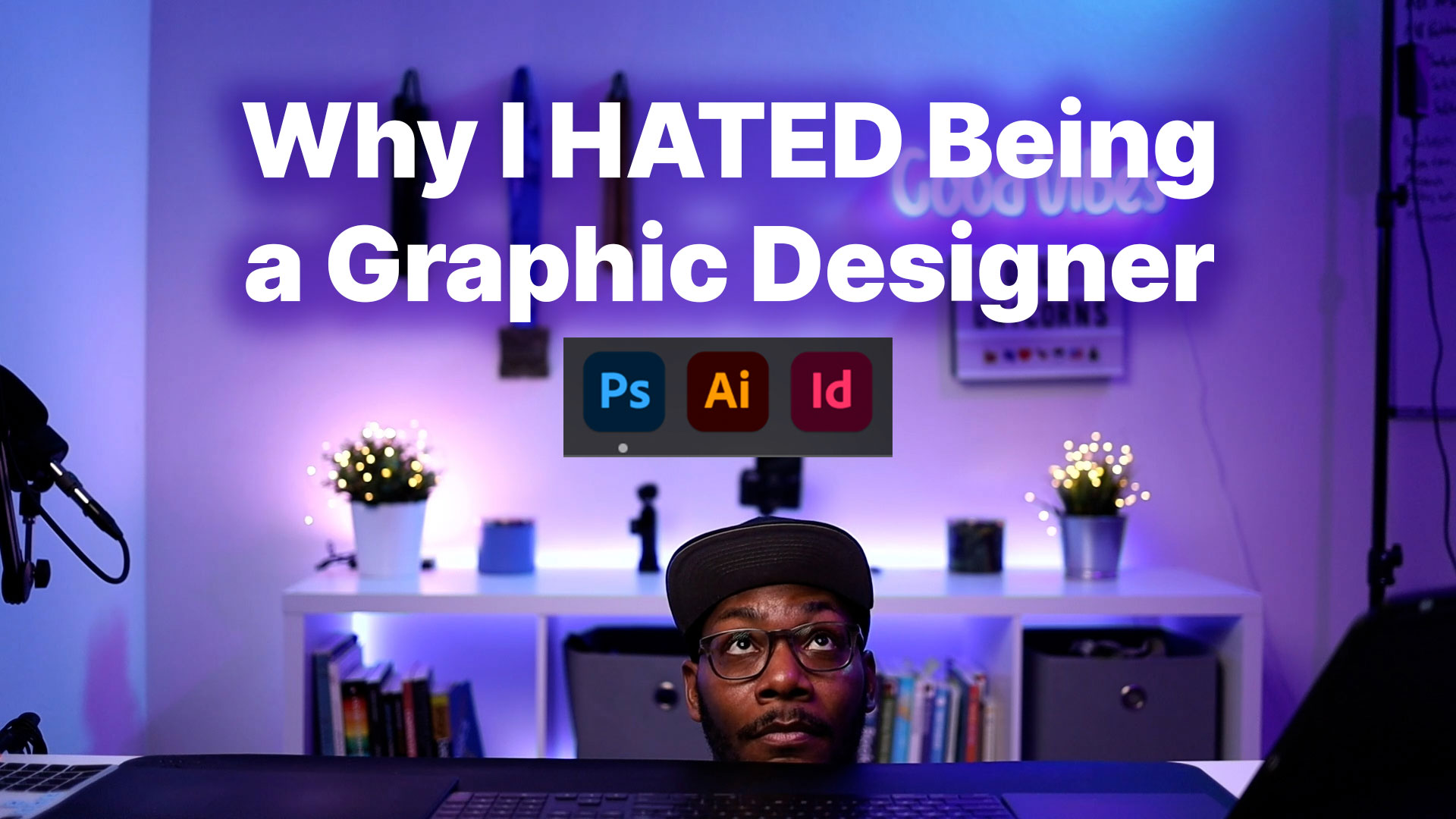